Molecular hydrogen as a preventive and therapeutic medical gas: initiation, development and potential of hydrogen medicine.

Abstract Molecular hydrogen (H2) has been accepted to be an inert and nonfunctional molecule in our body. We have turned this concept by demonstrating that H2 reacts with strong oxidants such as hydroxyl radical in cells, and proposed its potential for preventive and therapeutic applications.

H2 has a number of advantages exhibiting extensive effects: H2 rapidly diffuses into tissues and cells, and it is mild enough neither to disturb metabolic redox reactions nor to affect signaling reactive oxygen species; therefore, there should be no or little adverse effects of H2. There are several methods to ingest or consume H2; inhaling H2 gas, drinking H2-dissolved water (H2-water), injecting H2-dissolved saline (H2-saline), taking an H2 bath, or dropping H2-saline into the eyes. The numerous publications on its biological and medical benefits revealed that H2 reduces oxidative stress not only by direct reactions with strong oxidants, but also indirectly by regulating various gene expressions. Moreover, by regulating the gene expressions, H2 functions as an anti-inflammatory and anti-apoptotic, and stimulates energy metabolism. In addition to growing evidence obtained by model animal experiments, extensive clinical examinations were performed or are under investigation. Since most drugs specifically act to their targets, H2 seems to differ from conventional pharmaceutical drugs. Owing to its great efficacy and lack of adverse effects, H2 has promising potential for clinical use against many diseases.

Abstract Traumatic brain injury (TBI) in its various forms has emerged as a major problem for modern society. Acute TBI can transform into a chronic condition and be a risk factor for neurodegenerative diseases such as Alzheimer’s and Parkinson’s diseases, probably through induction of oxidative stress and neuroinflammation. Here, […]

Go to: INTRODUCTION Rheumatoid arthritis (RA) is a chronic inflammatory disease that affects approximately 1% of the population. It is characterized by irreversible joint disorder accompanied by destruction of bone and cartilage, which causes serious morbidity. In addition, the chronic inflammation associated with RA can increase one’s risk of […]

Go to: Persistent oxidative stress is one of the major causes of most lifestyle-related diseases, cancer and the aging process. Acute oxidative stress directly causes serious damage to tissues. Despite the clinical importance of oxidative damage, antioxidants have been of limited therapeutic success. We have proposed that molecular hydrogen […]

Molecular hydrogen: an overview of its neurobiological effects and therapeutic potential for bipolar disorder and schizophrenia

Hydrogen gas is a bioactive molecule that has a diversity of effects, including anti-apoptotic, anti-inflammatory and anti-oxidative properties; these overlap with the process of neuroprogression in major psychiatric disorders. Specifically, both bipolar disorder and schizophrenia are associated with increased oxidative and inflammatory stress. Moreover, lithium which is […]

The evolution of molecular hydrogen: a noteworthy potential therapy with clinical significance

Studies on molecular hydrogen have evolved tremendously from its humble beginnings and have continued to change throughout the years. Hydrogen is extremely unique since it has the capability to act at the cellular level. Hydrogen is qualified to cross the blood brain barrier, to enter the mitochondria, […]

Effects of molecular hydrogen on various diseases have been documented for 63 disease models and human diseases in the past four and a half years. Most studies have been performed on rodents including two models of Parkinson’s disease and three models of Alzheimer’s disease. Prominent effects are observed especially in oxidative stress-mediated diseases including neonatal cerebral hypoxia; Parkinson’s disease; ischemia/reperfusion of spinal cord, heart, lung, liver, kidney, and intestine; transplantation of lung, heart, kidney, and intestine. Six human diseases have been studied to date: diabetes mellitus type 2, metabolic syndrome, hemodialysis, inflammatory and mitochondrial myopathies, brain stem infarction, and radiation-induced adverse effects. Two enigmas, however, remain to be solved. First, no dose-response effect is observed. Rodents and humans are able to take a small amount of hydrogen by drinking hydrogen-rich water, but marked effects are observed. Second, intestinal bacteria in humans and rodents produce a large amount of hydrogen, but an addition of a small amount of hydrogen exhibits marked effects. Further studies are required to elucidate molecular bases of prominent hydrogen effects and to determine the optimal frequency, amount, and method of hydrogen administration for each human disease.

Introduction Molecular hydrogen (H 2 ) is the smallest gas molecule made of two protons and two electrons.  […]

Therapeutic effects of molecular hydrogen for a wide range of disease models and human diseases have been investigated since 2007. A total of 321 original articles have been published from 2007 to June 2015. Most studies have been conducted in Japan, China, and the USA. About three-quarters of the articles show the effects in mice and rats. The number of clinical trials is increasing every year. In most diseases, the effect of hydrogen has been reported with hydrogen water or hydrogen gas, which was followed by confirmation of the effect with hydrogen-rich saline. Hydrogen water is mostly given ad libitum. Hydrogen gas of less than 4 % is given by inhalation. The effects have been reported in essentially all organs covering 31 disease categories that can be subdivided into 166 disease models, human diseases, treatment-associated pathologies, and pathophysiological conditions of plants with a predominance of oxidative stress-mediated diseases and inflammatory diseases. Specific extinctions of hydroxyl radical and peroxynitrite were initially presented, but the radical-scavenging effect of hydrogen cannot be held solely accountable for its drastic effects. We and others have shown that the effects can be mediated by modulating activities and expressions of various molecules such as Lyn, ERK, p38, JNK, ASK1, Akt, GTP-Rac1, iNOS, Nox1, NF-κB p65, IκBα, STAT3, NFATc1, c-Fos, and ghrelin. Master regulator(s) that drive these modifications, however, remain to be elucidated and are currently being extensively investigated.

Introduction Sepsis is a systematic inflammatory response to infection. It is one of the most serious diseases in ICU, which is a worldwide challenge. Although comprehensive therapy has been developed for it, sepsis is still associated with high morbidity and mortality and costs a lot for […] 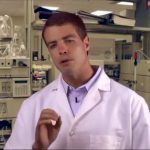